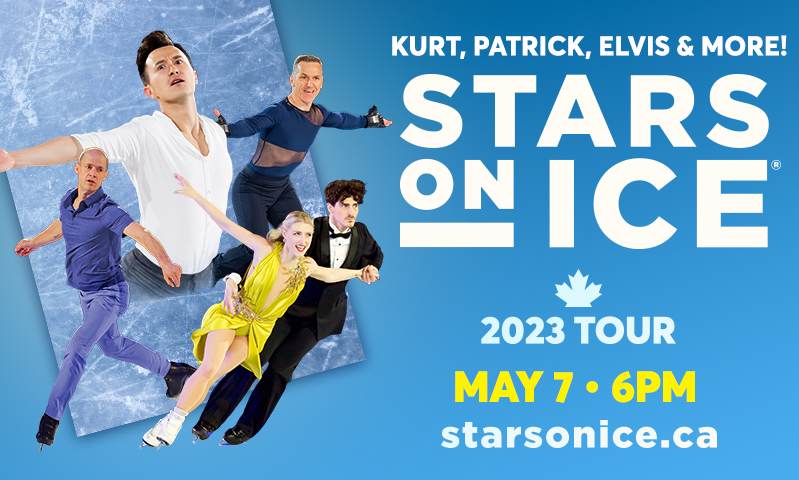 STARS ON ICE WELCOMES BACK PATRICK CHAN!
With KURT BROWNING, ELVIS STOJKO and more of the World’s Top Skaters!

These three legends will headline one of the most international and talented casts Stars on Ice has presented in years. Canada’s premier figure skating show is scheduled to visit Kitchener on Sunday, May 7 for a 6:00pm performance at The Aud.